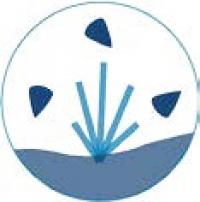 Vegetation plays many roles in riparian buffers. It can reduce flow velocity, filter runoff, increase infiltration, uptake nutrients, stabilize soil, and add organic matter to the soil. Trees and shrubs along riparian corridors can decrease temperatures in streams by as much as 5-11 degrees C.

When selecting plants,  investigate historic and remnant plant communities to inform vegetative composition. Select early-, mid-, and late-successional species to ensure that the planting will establish quickly and persist into the future. A diversity of plant types and functional groups (warm season grasses, cool-season grasses,  sedges, asters, milkweed, legumes, etc.) will be more robust than a monoculture, and better able to withstand unforeseen future hazards of climate, pests, and invasive species.

Characteristics of some plant species naturally contribute to effective buffers. The deep roots of prairie plants have been shown to increase infiltration rates even in clay soils, while their high stem density and thatch helps slow water and improves filtering. Woody plants also slow the flow of water, increasing infiltration, creating microhabitats and anchoring slopes. The following are design considerations for meeting specific buffer goals:

For this purpose, choose deep-rooted or high-biomass, fibrous-root species that are tolerant of wet soils and high nutrient levels. Avoid a  closed canopy that would shade out strong herbaceous growth underneath. A single tree might provide reinforcement but otherwise choose woody species with deep roots that re-sprout easily. Avoid nitrogen-fixing plants if this is a pollutant you aim to ameliorate.

Choose plants with high, stiff stems that can resist flowing water. Grass barriers perpendicular to the slope will slow overland flow and  promote sediment deposition. In some cases, buffers can pond water that would otherwise run unimpeded downhill.

Large trees can contribute large debris that both provide aquatic habitat structure and impede high-velocity flows, while their roots reduce the likelihood of mass slope failure.

Aquatic buffers provide food and help maintain lower water temperatures favored by native fish and amphibian species. To shade streams, select species that will grow to a desired height and plant them at the correct distance. An on-line sun angle calculator will provide the maximum distance based on the latitude as well as the azimuth angle, to design for the shadow on the ground throughout the day.

Although not as common as using buffers for habitat or water quality, buffers may be used to protect against chemical spray drift. These  protective buffers should include plants tolerant of the specific applied chemical (herbicide or pesticide), be at least two times taller than the crop it protects, be located to intercept prevailing winds, as close as possible to the spray zone, and comprise a mixture of plant forms to close up gaps. Fine or needle-like leaves will capture the most drift, although broadleaf plants and trees will reduce air flow. Ideally, 40-50 percent density provides a permeable barrier that allows some air passage. This is preferable to a fence or a single very dense row that will simply direct air flow up and over the barrier with little chance to collect spray. Several rows of vegetation at varying height levels provide the best protection.

The following table from the USDA Natural Resources Conservation Service summarizes herbaceous species that are commonly used in buffer plantings. Narrow buffers are typically grass dominated (particularly if pesticide drift is a concern), though some forbs with stiff stems can be effective in wider buffers to slow water velocity. 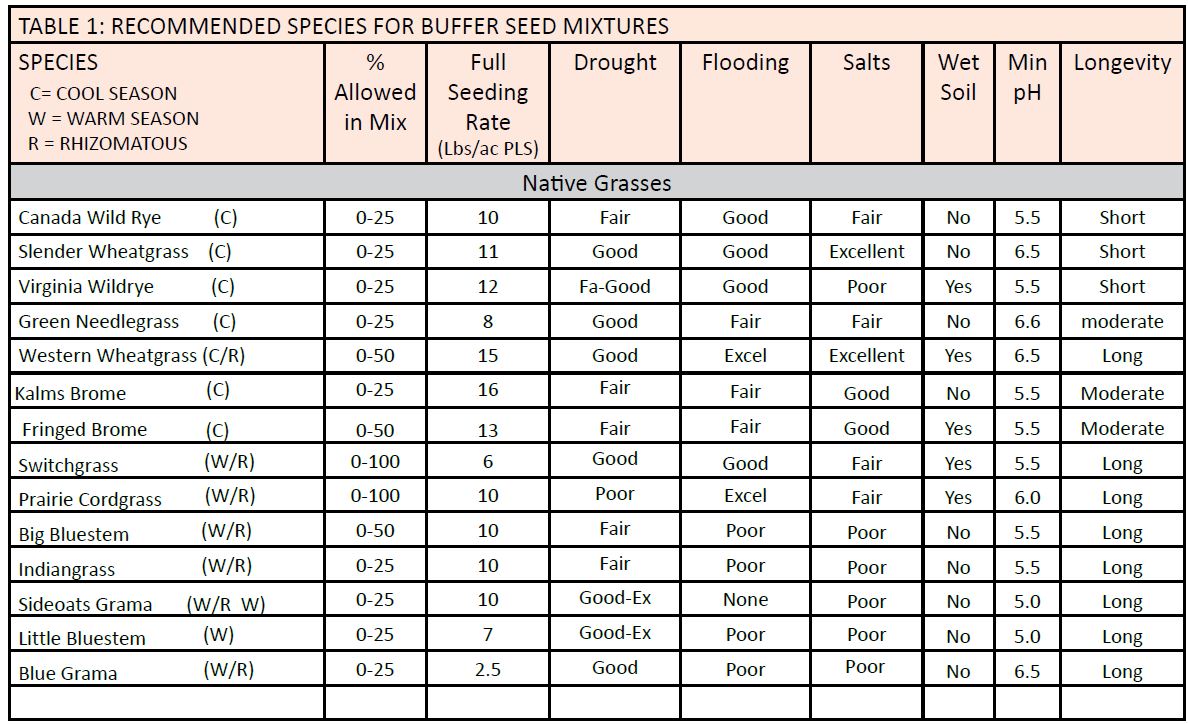 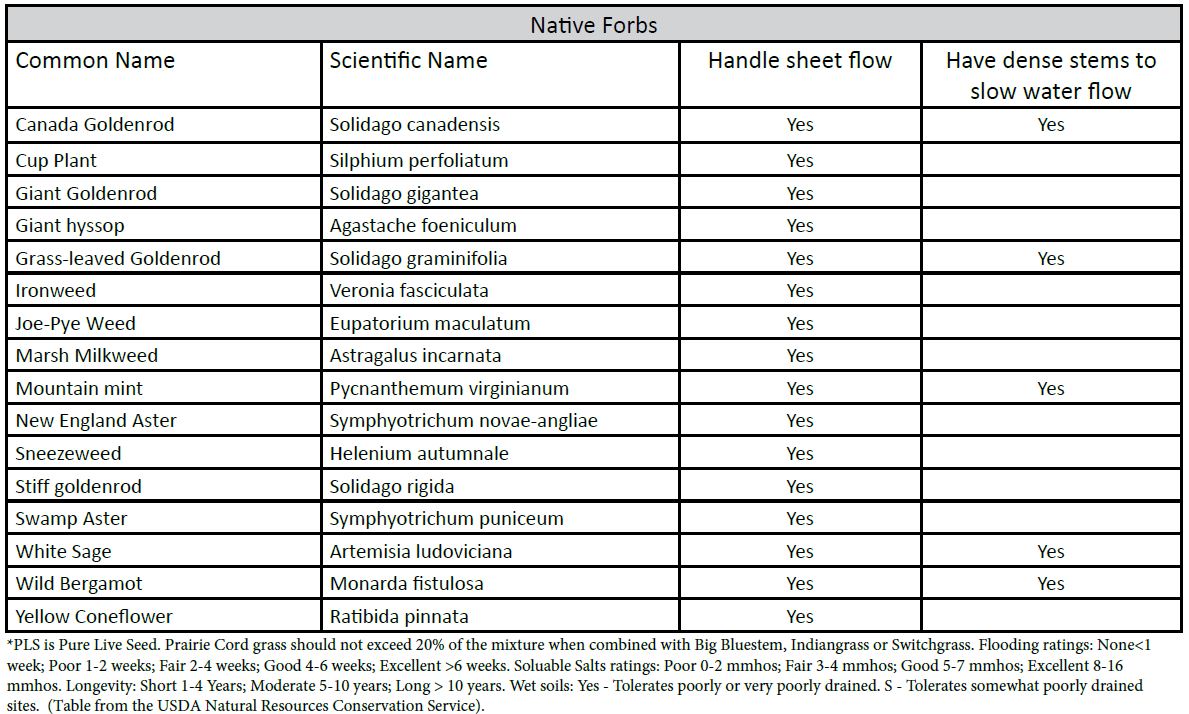 The Minnesota Buffer Law states that invasive species and state noxious weeds cannot be planted on buffers. For non-state funded projects,  landowners can plant forage crops but only native species can be planted when state funding is used for establishing buffers to meet the law.