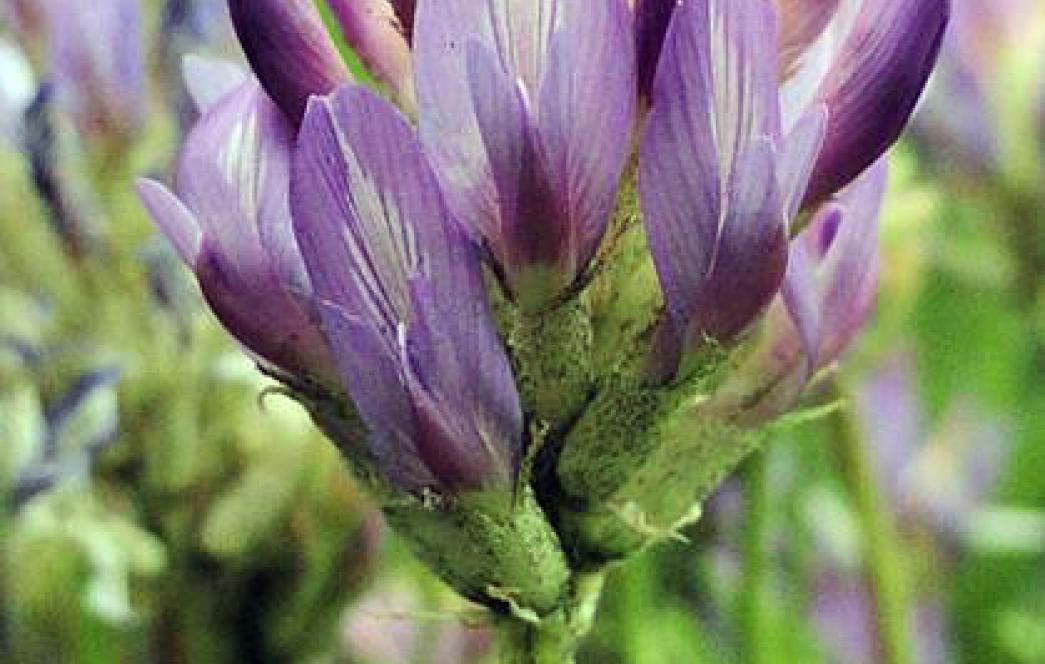 Prairie Milk Vetch is an example of a Minnesota plant that is not widely known but provides many ecological benefits. Like other members of the pea (Fabeaceae) family it fixes nitrogen, meaning that it adds nitrogen to the soil that can be used by other plants. It also has abundant flowers that attract many pollinator species. As a species that prefers drier conditions, it is native to Minnesota’s western prairies and grasslands and can be found in higher elevations and even deserts in states to the southwest. Image by Peter M. Dziuk of Minnesota Wildflowers.