“Local conservation staff go above and beyond every day to preserve and protect our water and soil resources,” Jaschke said. “Donna Rasmussen is a top-notch professional and a passionate advocate for conservation not only in Fillmore County, but across the southeast region of Minnesota.”

Rasmussen has been the administrator for Fillmore SWCD since 2008 and previously served as Fillmore County’s first Water Plan Coordinator. She manages eight staff, including two employees who assist multiple SWCDs in the southeast area. Funding for a shared Soil Health Technician position was set to expire at the end of this year, but Rasmussen worked tirelessly to secure continued funding through an NRCS Conservation Collaboration Grant.

In addition to her work at the SWCD, Rasmussen is involved in a number of water quality initiatives throughout the area. She serves as chair of the regional Basin Alliance for the Lower Mississippi in Minnesota (BALMM), a group that works with partners to coordinate efforts to protect and improve water quality throughout the basin. She was instrumental in forming the non-profit citizen group Friends of the Root River in 2014. She also acts as a day-to-day coordinator for the Root River One Watershed One Plan partnership, completing their comprehensive watershed management plan at the end of 2016 and developing a work plan for a Watershed-Based Funding pilot grant to implement the plan this year.

Each year, BWSR celebrates the excellent work accomplished by soil and water conservation district staff that advances conservation efforts across the state. 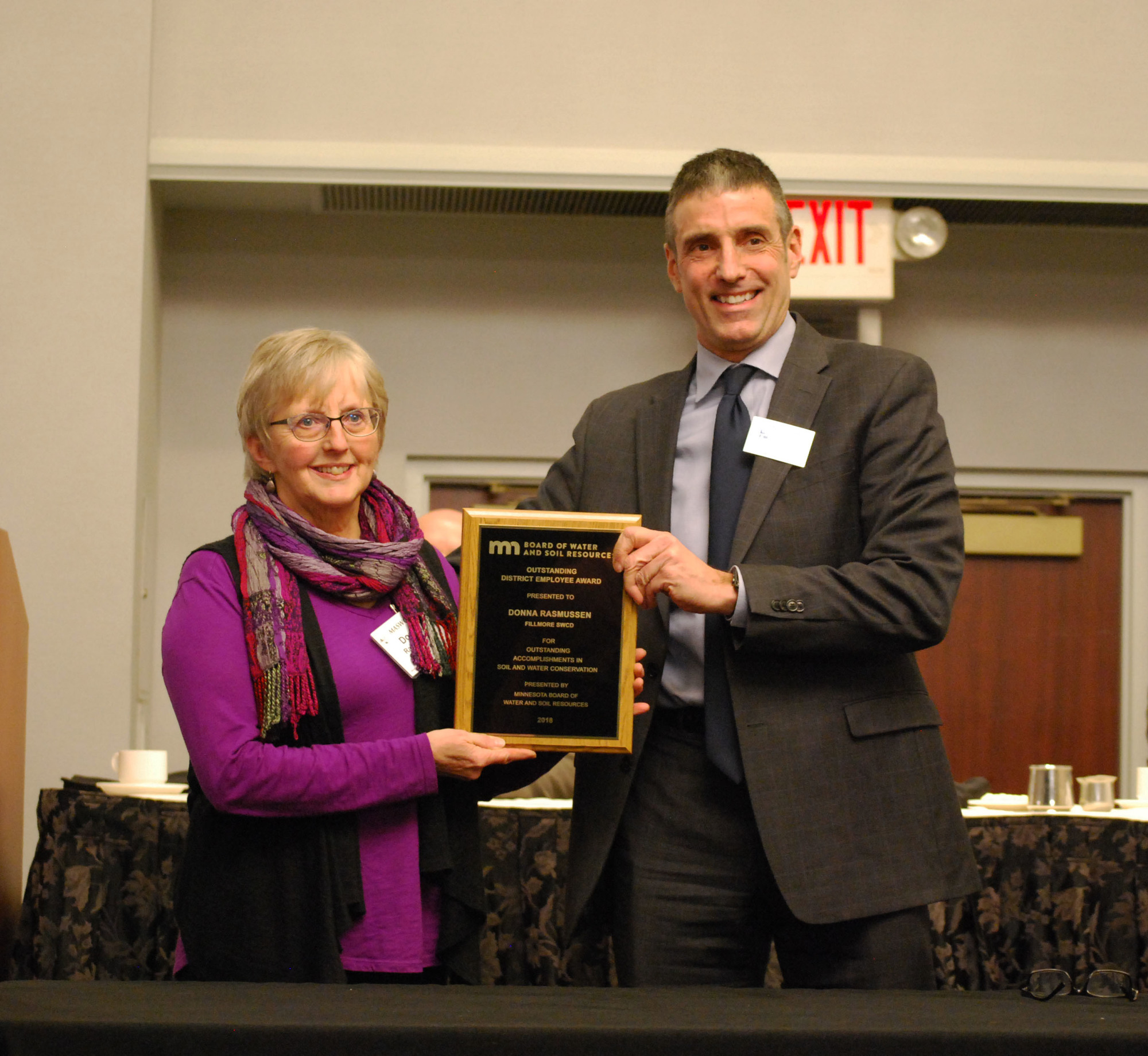 BWSR is the state soil and water conservation agency, and it administers programs that prevent sediment and nutrients from entering our lakes, rivers, and streams; enhance fish and wildlife habitat; and protect wetlands. The 20-member board consists of representatives of local and state government agencies and citizens. BWSR's mission is to improve and protect Minnesota's water and soil resources by working in partnership with local organizations and private landowners