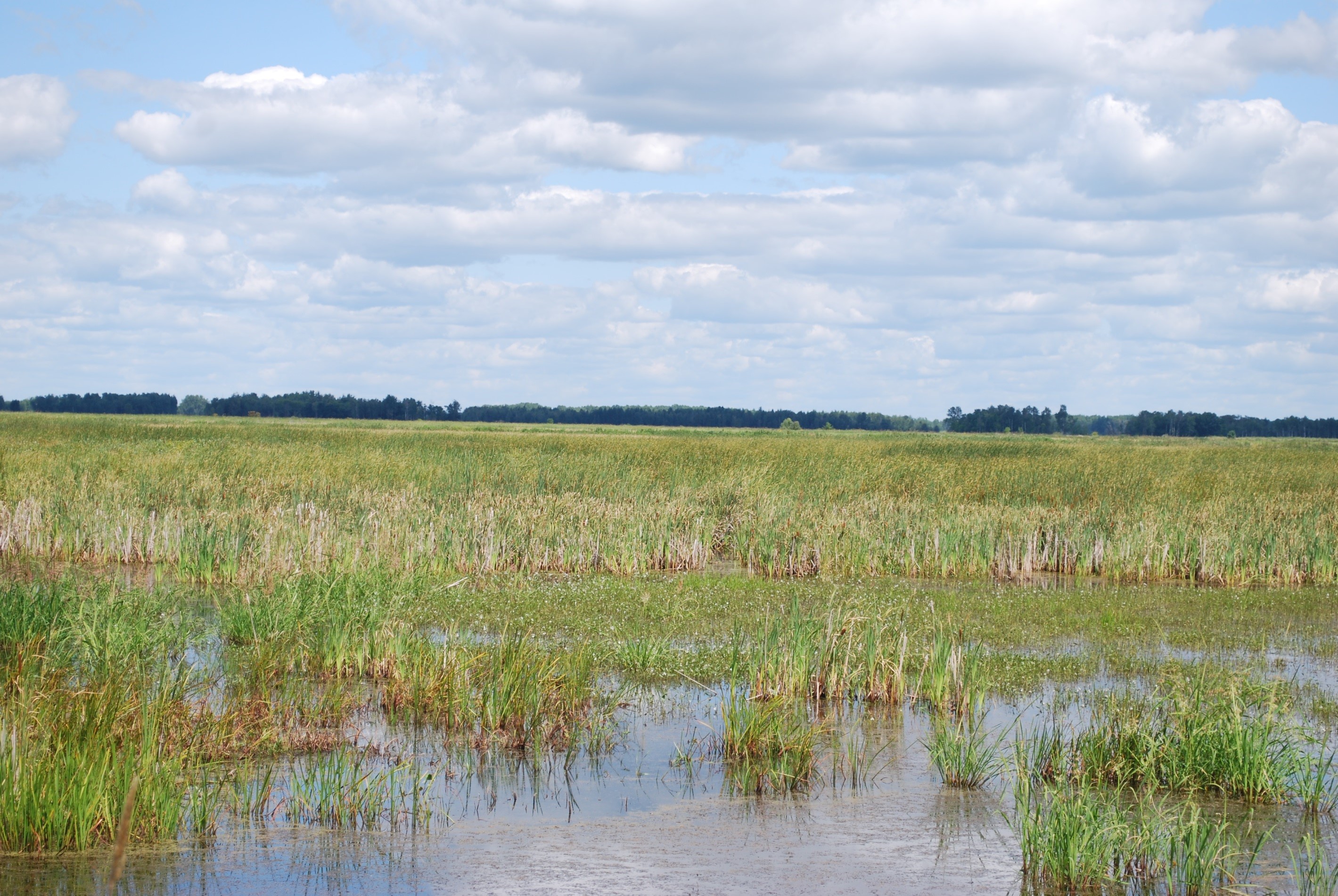 There are many types of wetland in the U.S., ranging from mineral to organic soils and forested to non-forested systems, further differentiated by the type of biome in which they are found.  All wetlands sequester carbon from the atmosphere through plant photosynthesis and by acting as sediment traps for runoff. Carbon is held in the living vegetation as well as in litter, peats, organic soils, and sediments that have built up, in some instances, over thousands of years.

The U.S. Global Change Research Program  estimates that terrestrial wetlands in the continental United States store a total of 13.5 billion metric tons of carbon2, much of which is within soils deeper than 30 cm. Freshwater inland wetlands, in part due to their substantial acreage, hold nearly ten times more carbon than tidal coastal wetlands.3  The study found that peatlands in forested regions of the East and Upper Midwest store the most carbon, accounting for nearly half the wetland carbon in the United States.

Wetland soils are anoxic (oxygen-poor), and therefore slow decomposition and lead to the accumulation of organic matter. The magnitude of storage depends upon wetland type and size, vegetation, the depth of wetland soils, groundwater and nutrient levels, pH, and other factors. Wetland soils also store carbon that washes in from upland areas, through soil erosion or movement of leaves and tree debris. Wetlands also release carbon both through natural, seasonal changes and, more drastically, when their equilibrium is affected by human interference.1

With wetlands holding large amounts of carbon, the fate of existing wetlands is a factor in predicting carbon emissions. The loss of an existing wetland means not only the loss of that particular carbon sink, but also that the carbon stored in that wetland will be released.

Wetlands are some of the largest stores of carbon on the planet, but when disturbed or warmed, they release the three greenhouse gases (GHGs) that contribute the most to global warming: carbon dioxide (CO2), methane (CH4) and nitrous oxide (N2O) 2. A literature review by Minnesota Pollution Control Agency staff indicates that methane emissions are highest in wetlands that are permanently or frequently inundated, while seasonally inundated wetland types such as wet meadows seem to sequester more GHGs than they emit.

Modeling has shown that the ratio of GHG production to sequestration is potentially favorable to sequestration in future climate change scenarios.  Warming may affect the period of time it takes a wetland to become a net sink, but also increases the amount of sequestered carbon significantly.4

Best practices for protecting carbon stores1 in wetlands include the following: