Proper site maintenance is essential to ensure successful establishment of vegetation during the first few years and to maintain functioning of the buffer into the future. A schedule summarizing planned maintenance activities each month will guide contractors and project managers. It is also helpful to have information about the most problematic weeds that may establish, as well as details about how they will be controlled. Appendix B of the “Minnesota Wetland Restoration Guide” provides information on invasive species control. The management methods listed below should be used in combination for effective site maintenance. As a general rule, mechanical or bio-control options should be considered before herbicide methods to limit damage to aquatic organisms and pollinators that may be using the restoration project. However, there are cases where herbicide application will be the most efficient method of removing some perennial invasive species. Links are provided to more detailed information in the Minnesota Wetland Restoration Guide.

Mowing can be an important step in the establishment of upland prairie restoration sites. Mowing at least twice the first season and at least once the second season with a flail mower or stalk chopper (to prevent smothering plants) is necessary to decrease competition and to provide sufficient sunlight for seedlings. Weeds should be mowed to between five and eight inches, before seed is allowed to set (usually as weeds reach 12-14 inches). Mowing height should be raised as native plants establish. The timing and frequency of mowing should be planned to allow sufficient light to reach native plant seedlings and prevent weed seed production.

Mowing of annual and biennial weeds is beneficial in wetland transition areas for species such as giant ragweed, barnyard grass, and Canada thistle, but should only be conducted if rutting and soil compaction will not result. Pressure from annual and biennial weeds is less with increased soil saturation and water depth. For smaller projects, brush cutters or hand equipment can be used for cutting weeds.

Hand weeding can be an effective method of controlling small populations of weeds or for weed management in small areas as an alternative to using herbicides. Hand weeding should be done when soils are moist and care should be taken to avoid disturbing the root systems of desirable plants. It is also important to use proper pulling technique to avoid injury. If weeds are not producing seeds, they can sometimes be left in place to act as mulch. Tools such as Weed Wrenches and Weed Talons can be used for pulling woody plants such as buckthorn and non-native honeysuckles. 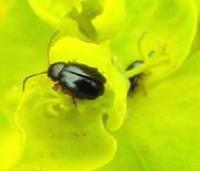 Biological control is an effective management tool for large infestations and environmentally sensitive areas. Biological control agents are currently being used for purple loosestrife, leafy spurge, Canada thistle, common tansy, and spotted knapweed. They are in development for several other species. State or federal agencies should be contacted for recommendations on obtaining bio-control agents. Other practices such as mowing, prescribed fire, grazing, and inundation can influence bio-control agents, so their use should be part of a comprehensive management plan. 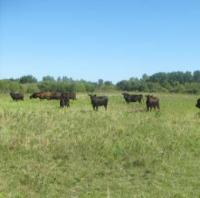 For some projects, grazing can be used to control non-native species. Early spring grazing by cattle has been used to control Kentucky bluegrass in prairies, while later spring grazing has been used to control smooth brome grass. Goats have also been used for the management of buckthorn and non-native honeysuckles, as they eat a variety of woody plants. Conservation grazing is used to replicate natural grazing regimes and to promote nutrient cycling and species diversity. Grazing plans are needed to define factors such as timing, potential disturbance, herd size, water sources, and grazing objectives. Nutrients removed by grazing will be returned to the system as feces and urine (up to 60 to 90 percent, according to USDA. 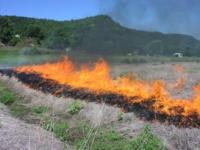 Prescribed burning is beneficial to remove thatch, control invading woody plants in wetland and prairies, and maintain diversity in buffer plantings. Burning may increase reed canary grass in wet meadow planting where the species is a threat, likely due to added nutrients and light levels promoting germination. Burning is typically initiated after the third or fourth years of establishment, after native vegetation is reaching maturity. Uplands benefit from burning every three to five years. Fall and spring burns should be alternated periodically to simulate natural variation. Burn plans are needed to define the details of how the burn will be conducted, who will be involved, and for contingency planning.

It is recommended to only burn one-half of project sites at a time if they are large (over 50 acres) or don’t have any adjacent refuge such as other conservation lands adjacent to the site for wildlife species. Partial burns and burns that are patchy also benefit pollinator populations by providing overwintering habitat.

If water level controls are available in wetlands, ponds, or lakes, it may be possible to adjust hydrology to allow access with equipment or to flood undesirable species. Available hydrology will influence the effectiveness of flooding. Flooding has been effective for managing non-native cattails and non-native phragmites in wetlands. Mowing or clipping is necessary prior to inundation to eliminate oxygen transport to roots (even dead stems can still transport oxygen). The influence of drawdowns or flooding on wildlife species should be considered,  particularly during reproductive periods when nests might be drowned or amphibian eggs dried out by changing water levels. DNR permits are needed for control of cattails in public waters.

Haying has been shown to have similar benefits to maintaining plant diversity as prescribed burning; encouraging plant regrowth and taking up excess nutrients. Haying may be easier to accomplish for some landscapes and can be used to collect biomass for bioenergy or livestock. In some cases, mowing can be used to set back grasses and promote forbs to enhance pollinator habitat.

Problematic perennial weeds that cannot be managed effectively with other methods may require spot treatment with herbicide for sufficient control. Examples include reed canary grass, smooth brome, quack grass, purple loosestrife, and Canada thistle, Kentucky bluegrass, and birds-foot trefoil. In some cases, herbicide treatment is not conducted during the first or second year of establishment to avoid impact to seedlings but it is important to control some weeds before they have a chance to spread. A common practice for Canada thistle control involves clipping seedheads while they are in the bud stage (usually early June) and conducting herbicide application with a broad-leaf specific herbicide in the fall (mid to late October). This timing limits the application of herbicide while pollinators are active.

When using a broad-spectrum herbicide, only an aquatically-certified form of glyphosate may be used near open water. When using herbicides, labels must be followed, certified applicators must conduct the treatment, and protective clothing must be used. 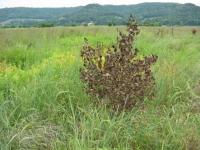 Tree control in conservation plantings is a common practice in the prairie region of Minnesota to improve habitat for ground nesting grassland birds. Methods of control include prescribed burning; mowing or cutting and stem herbicide treatment; basal herbicide treatment; foliar herbicide treatment; grazing and pulling. The method that will be most effective in a certain situation will depend on site conditions, size of woody plants, density, and timing. Prescribed burning in the fall and mowing with a flail-type mower (leaving the cut surface rough vs. a clean cut) in late summer are the most cost effective methods for smaller trees and shrubs.

Buffers that protect against soil erosion may, over time, be overwhelmed by sediment. Berms or low spots may develop that channel flow into concentrated areas, defeating the buffer designed to act over a larger area. In addition to controlling erosion* as much as possible (always the cheapest and best solution), the accumulated deposition may be removed mechanically, with the area then replanted. Be sure that the area between the runoff and the buffer doesn’t have any ditch or berm to prevent water from flowing directly into the buffered area. Routine maintenance such as evening out accumulated sediment, will help prevent the need for more drastic measures. 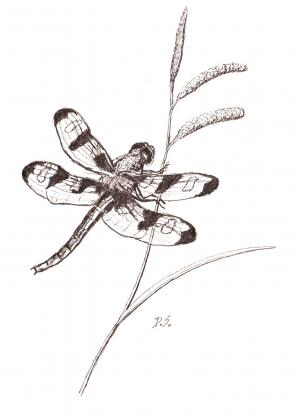